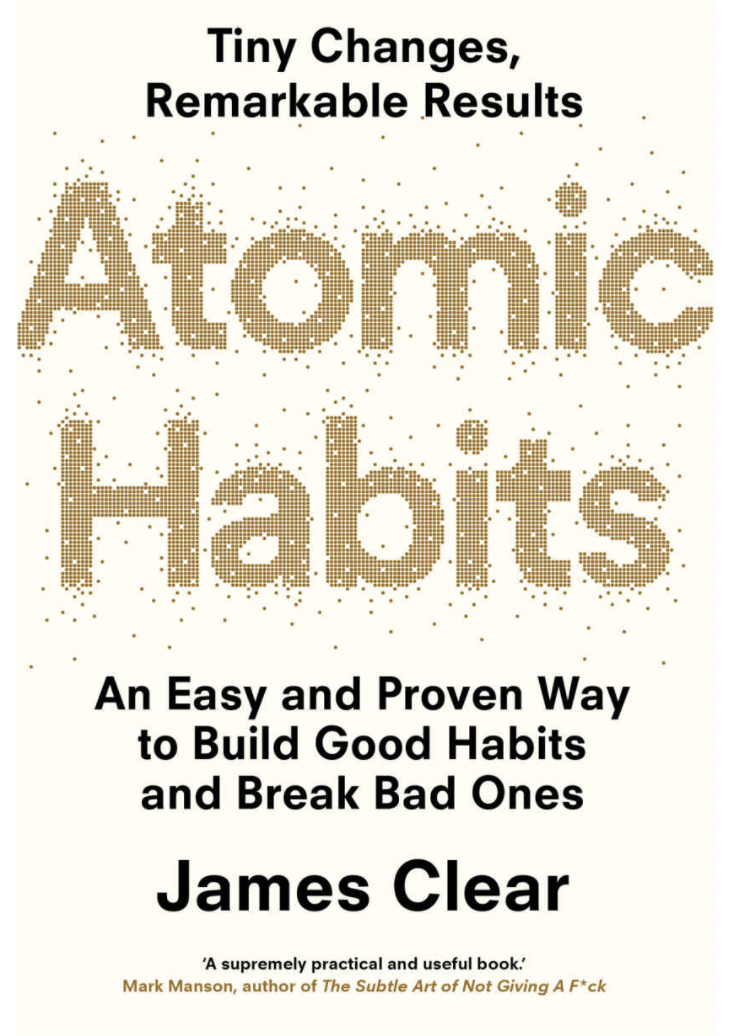 Suitable read for the following

Most of us think that getting healthy is all about exerting more willpower--that those fit, healthy people we see have more willpower than we do.

According to James Clear, it has nothing to do with willpower, and EVERYTHING to do with habits.

In James Clear’s book, “Atomic Habits,” he outlines the 4 stages of habit formation, which are directly aligned with the 4 laws of behaviour change. Whether you want to start meditation more, lose weight, eat healthier, or grow your business, it’s better habits that will get you there. “Atomic Habits” shows you how.

First of all, let’s look at the 4 stages of habit formation:

According to Clear, every habit that we engage in is spurred by a cue. The alarm clock in the morning cues us to get out of bed. Walking into the kitchen cues us to want to eat. Yawns cue us that it is time to go to bed.

Following the cue comes the craving (not the habit as you would imagine.) Instead, we think about the habit for split-second, and our brain and body kick up a shot of dopamine, and we already start to feel good about the habit we will most likely then do.

Third, we have the response, or the habit. After the cue, and the craving, we engage in the behaviour. We eat chocolate. We brush our teeth. We go for a run. (Not all habits are bad for us…)

Finally, we are rewarded for the efforts. We feel satiated. Our teeth are clean. We feel “good tired” from exercise.

You might be thinking, “Okay, well if I just change the cue, then I can change the whole cycle and create better habits, right?

Instead, we can look at each of the 4 stages of the cycle, and manipulate, or play around with them singularly, or all together.

Before we do that, though, I want to emphasise one important aspect of behaviour change that James Clear starts off with--the importance of our IDENTITY.

Instead, we need to create small wins that provide evidence for the identity we want to live into, through our habits.

Okay, now that I have said that, let’s talk about the 4 Laws.

LAW #1: MAKE IT OBVIOUS
When we look to create a new habit we want to set up our environment for success by making it obvious what we want to do. We trip over our running shoes because we purposely left them in the hallway to remind us to go for a run.

We can also use this in reverse. If you always open the cupboard and see the chocolate (exactly how it is my house), you will then be tempted to eat the chocolate. If I wanted to stop eating chocolate, it would behoove me to stop buying the chocolate or at least move it to a cupboard that I open less frequently.

As with the above, it also works in the reverse. If I were a smoker, the idea of standing out in the cold rain makes the idea of having a cigarette very unappealing.

Who wants to do hard things? Unfortunately, not very many of us, and that’s why so many of us are where we are. Instead, James Clear invites us to start with baby steps of just a couple of minutes. Meditate for just 1 minute. Make just 1 sales call. Just put on the shoes.

You can also make it SUPER hard. If I had wine in the house, I would probably have a glass each night. Instead, I buy 1 bottle of wine each Friday night and once it’s gone it’s gone. If I wanted a glass during the week, I’d either have to either go to the store or beg off a neighbour.

LAW #4 : MAKE IT SATISFYING
We are more likely to repeat a habit if we feel good at the end. The pleasure created reminds us to do it again, and again, and again. That’s how a habit is created, through repetition. This is where we get to play around with reward or punishments. The timing is extremely important, though. The more immediate the better. Eating chocolate feels good in the moment, but feels bad later when you step on the scale to see an increase.

If you didn’t notice, each of the laws is directly connected to the 4 stages.

And yet, there is so much more in the book.

If you have struggled to establish healthy habits, and eradicate the unhealthy ones, I highly recommend reading “Atomic Habits.” I have now consumed it 3 times and know that I will go back again in due time.

Let us know how we can help
Thank you! Your submission has been received!
Oops! Something went wrong while submitting the form.


Book a call with our panel of experts who will assess your health condition and provide you with in-depth guidance for the best next first step.
Book a call now